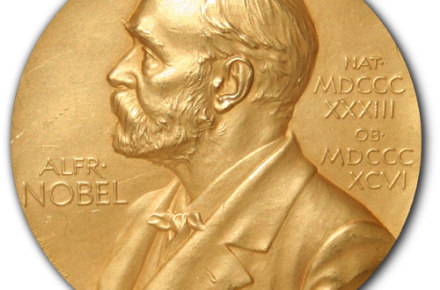 And the Nobel Prize in medicine goes to…

As winter is approaching it gets both darker and colder in Sweden.  Luckily for us the Nobel Prize festivities are about to begin which will brighten things up. This year the Nobel Prize in medicine goes to three scientists that have brought insights regarding neuroscience. As it turns out, their findings are highly related to several aspects of consumer behavior.

In October it was announced that John O’Keefe, May-Britt Moser and Edvard Moser won the Nobel Prize in medicine for their findings regarding the brain’s internal “GPS”.  These findings may in the future help us understand Alzheimer’s.

The award is split in two, where one half goes to John O´Keefe. Dr. O’Keefe published his price-winning work in 1971. He had been studying rats moving freely in a room and recorded signals from nerve cells in a part of the brain called the hippocampus. The hippocampus is responsible for assigning information to the long-term memory. Dr. O’Keefe found that some cells, which he calls “place cells”, were always activated when a rat was at a certain place in a room.  The place cells formed a sort of map of the room that would change whenever the rat moved around.

May-Britt Moser and her husband Edvin share the remaining half of the price. The couple trained under O’Keefe and has continued the research regarding place cells. In 2005 they found a more complex system of location cells that generate a coordinate system and allow for precise positioning and path-finding. The cells, which are located in the entorhinal cortex, are activated when the animal is at a certain location and form a hexagonal pattern. These “grid cells” provide the brain with the equivalent of latitude and longitude, and together with the place cells form an inner GPS in the brain.

There have been recent studies of patients who have undergone neurosurgery and from brain imaging techniques that prove that place and grid cells exist in humans. These findings may in the future lead to a better understanding of the spatial loss that occurs in Alzheimer’s and other neurological diseases.

These findings are in many ways related to several aspects of consumer behavior. Consumers are navigating different spaces in stores, online and in many other situations. We are about to be able to understand how they do this, which will give us a better model of this aspect of consumer behavior. We will also be able to understand when consumer navigation goes wrong and which aspects that may be confusing in a store layout. The Mosers’ research suggests that particular salient aspects and features can guide the consumer’s inner map of the store. This means that the use of different salient cues can assist consumers in navigating the shopping environment, both in store and online.

The human brain is much greater than we can even begin to imagine. Memory, decision-making and preferences are all parts of who we are and what we want in life. Through the use of EEG and Implicit testing we are able to map out a part of this which can be used to improve and target advertising messages. It will be exciting to see what the next step in neuromarketing will be and when we will be able to use the results of Mosers’ and O’Keefe’s work.