You know an article is important if you find yourself coming back to it over and over again to help you think about different things and answer different questions. Such is the case with Paul Bloom’s provocative article “The War on Reason,” published in The Atlantic on February 19, 2014.

Articles about reasoning and rationality tend to generate a lot of discussion, usually around the question of whether the reality of nonconscious processes are incompatible with our image of ourselves as fundamentally reasoning creatures who exercise free will, or instead provide evidence that we are merely what Bloom (quoting Sam Harris) calls “biochemical puppets.”

My experience is that such discussions often generate more heat than light, revolving around dueling definitions of “rationality” rather than disagreements on facts. I think it’s useful to consider that the concept of rationality is probably an “essentially contested concept” (see the discussion in Wikepedia) like freedom or justice. As such, debates about its meaning are conceptual in nature and cannot be resolved by reference to facts. This usually makes such debates seem fruitless and unsatisfying to the participants, who often sincerely believe that the problem is that others “just don’t get it”.

Bloom’s article is one of the best I’ve read taking on the dual nature of human behavior (and by extension consumer behavior) — the fact that our decisions and actions are influenced by factors outside our control and awareness (nonconscious and situational/contextual) and the fact that we are also able to engage in disciplined, deliberative reasoning, which is the basis of our unique accomplishments as humans, like science, legal systems, moral systems, and adjustable rate mortgages.

Too many people want to jump to one side or the other of this duality, but Bloom subtly threads the needle:

As you read this article, your actions are determined by physical law, but unless you have been drugged, or have a gun to your head, or are acting under the influence of a behavior-changing brain tumor, reading it is what you have chosen to do. You have reasons for that choice, and you can decide to stop reading if you want. If you should be doing something else right now—picking up a child at school, say, or standing watch at a security post—your decision to continue reading is something you are morally responsible for.

Some determinists would balk at this. The idea of “choosing” to stop (or choosing anything at all), they suggest, implies a mystical capacity to transcend the physical world. Many people think about choice in terms of this mystical capacity, and I agree with the determinists that they’re wrong. But instead of giving up on the notion of choice, we can clarify it. The deterministic nature of the universe is fully compatible with the existence of conscious deliberation and rational thought — with neural systems that analyze different options, construct logical chains of argument, reason through examples and analogies, and respond to the anticipated consequences of actions, including moral consequences. These processes are at the core of what it means to say that people make choices, and in this regard, the notion that we are responsible for our fates remains intact.

Our capacity for rational thought emerges in the most-fundamental aspects of life. When you’re thirsty, you don’t just squirm in your seat at the mercy of unconscious impulses and environmental inputs. You make a plan and execute it. You get up, find a glass, walk to the sink, turn on the tap. These aren’t acts of genius, you haven’t discovered the Higgs boson, but still, this sort of mundane planning is beyond the capacity of any computer, which is why we don’t yet have robot servants. Making it through a single day requires the formulation and initiation of complex multistage plans, in a world that’s unforgiving of mistakes (try driving your car on an empty tank, or going to work without pants). The broader project of holding together relationships and managing a job or career requires extraordinary cognitive skills.

And, I would add, so do the broader projects of keeping ourselves fed, clean, clothed, comfortable, and entertained.

The most important quote in the article is this:

The genetic you and the neural you are not alternatives to the conscious you. They are its foundation.

It helps to look at this evolutionarily, and from that perspective it is clear that the capacity for reasoning, centralized in the recently evolved frontal lobes, is built on top of more automatic functionality, for example in the limbic system, that evolved millions of years earlier. Recent work in social psychology, which Bloom describes well, has shown (counter-intuitively) that those automatic processes still play a big role in our behavior. It is not that people don’t have the capacity to reason, it is that they fail, to a surprising degree, to activate that capacity in their day to day lives.

The operative questions for neuromarketing and for scientific investigation more generally are when and under what conditions we switch over to effortful deliberation. This is where dual-process theories like Kahneman’s System 1-System 2 come in (Kahneman didn’t invent the dual process idea, it has a long history in cognitive psychology). I think Kahneman’s most important idea (among many important ideas) is the concept of “lazy control” — our brains are cognitive misers and so only switch over to effortful deliberative thinking when we have to. Kahneman and Tversky’s significance, I would add, is about much more than making correct calculations.

Behavioral economists like Dan Ariely are interested in exploring the boundaries of System 1 processes and how, when we depend on them, they skew behavioral results away from what one would predict from the classical economic definition of rationality. Poking a stick in the eye of classical economic theory is always fun and, at least in the last couple of decades, has been a reliable way to get published. But there is (or should be) no implication in such work that we are incapable of reasoning. Ariely is simply saying, for example, that loss aversion is “irrational” to someone who believes in the rational economic actor model, because that model says we should evaluate equivalent losses and gains equivalently, but experimental evidence shows otherwise. So in that sense we are “irrational.” But we are also predictable in that we always value avoiding a loss higher than achieving an equivalent gain. And it may be that loss aversion has it’s own evolutionary logic, as several evolutionary psychologists have pointed out (e.g., here).

Finally, the fact that life is not a mess (aka chaotic) is not in itself evidence for individual-level rationality. That’s an ecological fallacy, making inferences about individuals from group-level observations. But the fact that we have survived, evolutionarily speaking, creates a strong likelihood (not a confirmation, it’s still early in the evolutionary game) that how our minds operate at both nonconscious and conscious levels is adaptive. It gets the job done, it enables us to pass along our genes in an effective way. Reasoning is real, and is probably our greatest human achievement. But we are also cognitively lazy most of the time, and we can be swayed by factors that easily bypass that reasoning ability. The less consequential our choices, the more these factors hold sway. And that pretty much describes the world of marketing and shopping. This is the reality that science reveals. It should not be mistaken as evidence for an absolutist philosophical position, as Bloom expertly argues. 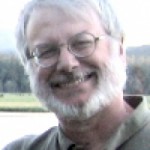 Steve is an experienced advisor, popular speaker and well-known author. His latest book is Neuromarketing for Dummies (Wiley, 2013).